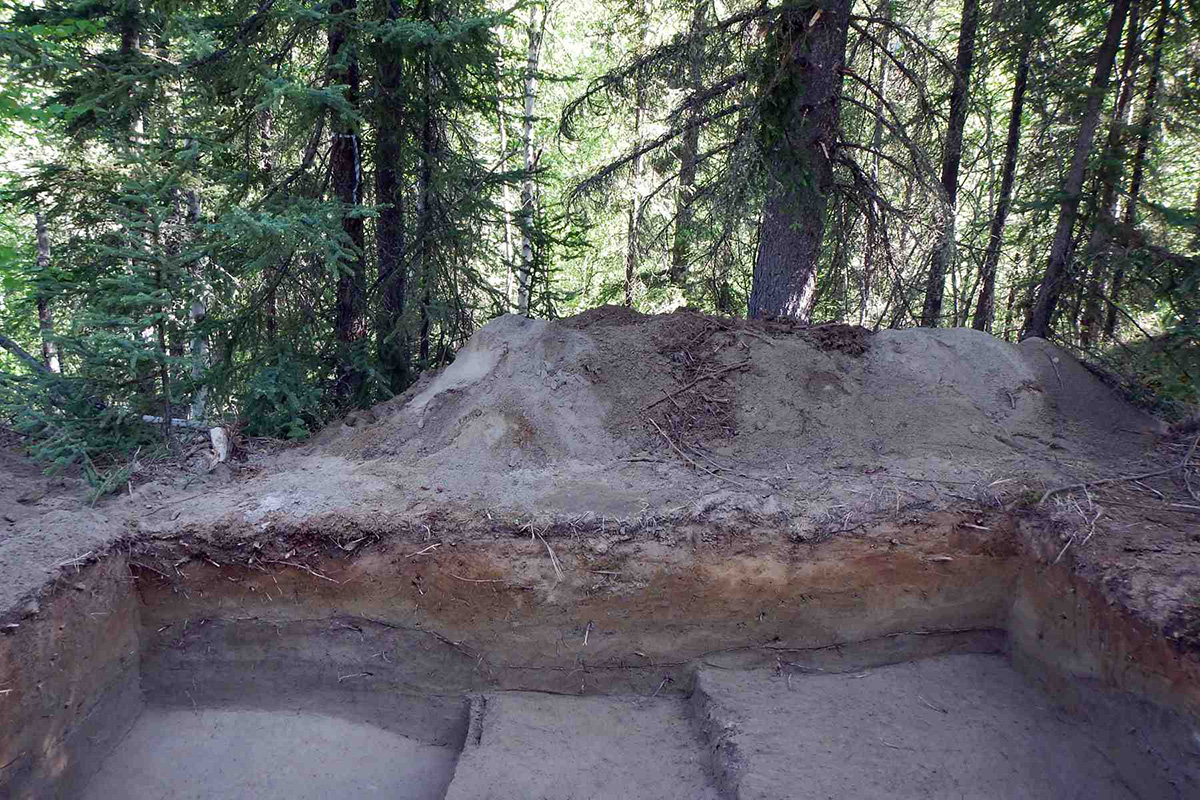 Casino’s Project area is the site of a highly significant archaeological discovery made last summer by Margarita de Guzman and her team from Altamira Consulting Ltd. Referred to as KfVi-3, the archaeological site comprises an assemblage of stone tools and debitage that was recovered from three distinct soil layers, the oldest of which returned radiocarbon dates of 13,000 years before present.

The find represents some of the oldest archaeological remains in the Yukon and further supports the theory of early man’s east-to-west migration over the Beringia land bridge. According to Yukon Government Senior Archaeologist Ruth Gotthardt and her team, it is ra

re in the Yukon to find ancient organic materials that can be radiocarbon dated.

Casino President Paul West-Sells shares his enthusiasm of the discovery, which complements earlier excavations in the area that had been characterized as ethno-historic. “This find reflects Casino’s obligation to rigorous baseline work and our commitment to protecting the past for future generations in the Yukon.”

A Casino Heritage Resources Protection Plan will be in place to protect and manage KfVii-3 and any other archaeological sites discovered during the construction and operation of the proposed Casino mine. 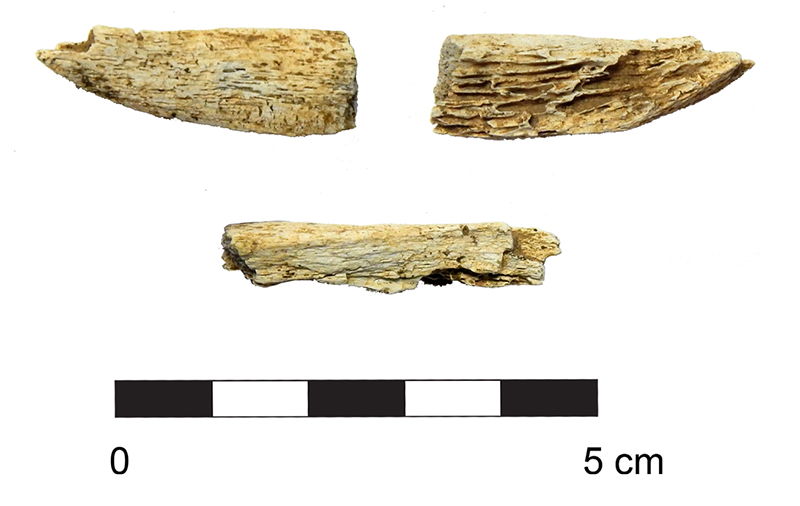 Located within the traditional territories of the Selkirk First Nation and Tr’ondëk Hwëch’in, the find is a significant contribution to their cultural history.

Tr’ondëk Hwëch’in Heritage Officer Lee Whalen confirms that this site “shows concurrent use over many phases of time,” and “the site has potential to provide insight into more sedentary activities such as food processing, hide processing, social activities, habitation and tool production.”

Moreover, Whalen states that discoveries such as those in the area of the future Casino minesite ‘engage Elders and Youth and are a form of teaching and learning.’ He adds that ‘our understanding of life in the Yukon has increased exponentially from such research efforts and adds to our wealth of knowledge and supports what Elders have told us.’

When much of the rest of Canada was under ice, the Yukon’s unglaciated regions hosted early man. Key to this finding at Casino is its multicomponent character, three distinct layers attesting to a pattern of repeated occupancy at the same site. ‘As the Casino site was never glaciated, there must be potential for even deeper deposits,’ says Yukon Government archaeologist Greg Hare. The site offers soil horizons ‘deeper than we usually get and with very slow soil development in the subarctic you can get ten thousand years of history crammed into a very small space.’

There is opportunity yet to unearth more of what Lee Whalen terms ‘these wonderful nodules on the landscape that attest to the long and enduring relationships that Yukon First Nations have with the lands.’ According to Greg Hare and his team, the discovery has ‘opened up a whole new area of potential for research investigation.’ ‘Britannia Creek will help write history books. Students will learn it is an important site in North America Pre-Contact history,’ says Victoria Castillo, archaeology professor at Yukon College.

The KfVi-3 discovery has spurred new interest in the area. This past summer, Yukon Government’s Heritage Branch conducted preliminary work, looking for more similar geology and found a couple of sites that have the potential to be old. “We are applying for a budget to return to the area and hopefully attract some academic interest and possibly a student for next year,” says Yukon Government Development Assessment Archaeologist Christian Thomas.

Casino will continue to work with the First Nations and Yukon Government’s Heritage Branch to ensure that KfVi-3 and any other significant archaeological sites discovered on the Casino property are properly catalogued and protected.

Read more on this story from the Yukon News.